DC Universe Online running on my PSVita from my PS4.

Most of the “PS4 vs Xbox One” reviews focus on the consoles themselves, and in a head-to-head matchup on games and hardware, I think it’s a draw between the new consoles. However, the PS4 has one killer feature that people just aren’t talking enough about. With a PS Vita, I can play any of the games on my PS4 from anywhere. This has revolutionized mobile gaming for me. My console travels with me now. All I need is decent WiFi and I’m ready to play everything from my favorite console MMO (pictured above) to Assassin’s Creed IV. 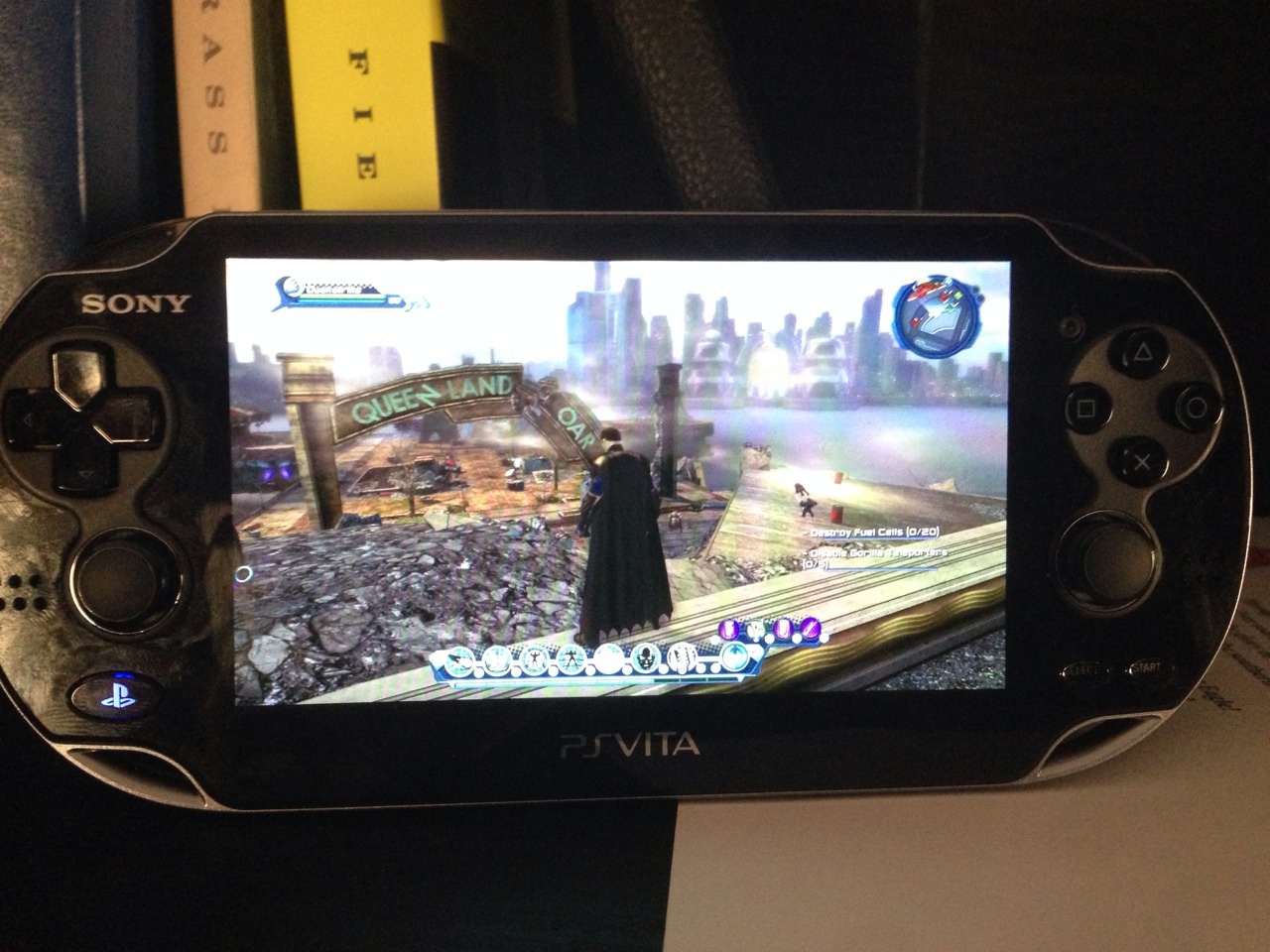