Jason shared this story about working with John Byrne.

Back in 1994, I was working as a marketing rep for DC Comics - and there was a large comic book convention held that year in the city.

It just so happened that both John Byrne and Chris Claremont were working on books for DC at the time, and they were seated next to each other for a short time to sign autographs. It was pretty wild, and being the X-Men fan that I was, I asked to get a photo with the two living legends. I can’t remember how it occurred, but they both leaned in to show me their faux affection. Little could I suspect that I would soon be one of two editors managing the X-Men family of titles, and both of them would be back on X-Men titles as well..

And yet it was a few short years later that I would have the fortune of working with both of these gentlemen in my capacity as an editor at Marvel Comics.

I worked with John on his X-Men: The Hidden Years book. Having been privy to advance looks at copies of his fist issue, I felt it was some of John’s strongest penciling work in years, though I questioned some of his approach. The every-amazing Tom Palmer was inking and probably doing some finishes; and though I loved Tom’s work (Tom’s a true artist - and both a gentleman and consummate professional) - I was never convinced that it was the best match over what John was penciling (John wanted Tom for, among other reasons, his history of inking Neal Adams during this era in the X-Men’s past - so his reasoning was sound - though at the time I felt there should have been other priorities).

It was a strange setup — John wouldn’t deliver plots ahead of time, but rather, I simply received finished, lettered B&W faxes of issues. This didn’t happen at the time, but John was given a pass, because the book was out of current continuity, and he was John Byrne.

Attempts to assert my editorial input were met with resistance, and coupled with a pre-production editorial mistake I made on issue one, resulting in that issue shipping late, our relationship turned antagonistic quickly. I don’t know if that mistake is the thing that closed John off to any of my later input, but it’s unfortunate, whatever the case. I felt strongly that, paired with the right contemporary creators, John’s work could have reached a lot of newer readers. It might be silly to think I knew a damned thing about comics that John Byrne didn’t know better, but as an editor, I felt I had to tell him what I thought. The situation with John is one of my few regrets during my Marvel career.

Note. I first saw this image on John Byrne’s forum where John claims this photo is Photoshopped and not the original. The image I’ve posted was taken directly from Jason Liebig’s page.

What an interesting behind the scenes story. 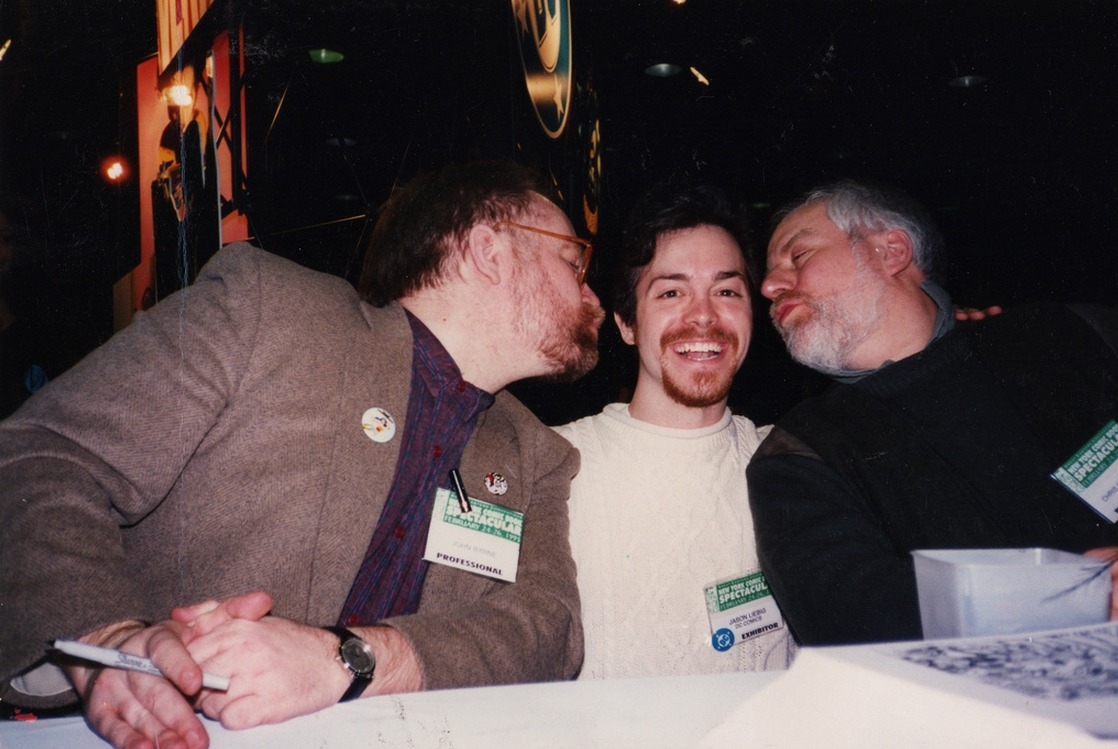 Get new posts sent to your Inbox.

Are Zuckerberg and Meta really committed to a new metaverse-focused company? I'm not sure now.

If it's Wednesday, as the moon goes down and the sun comes up, I rise to watch the latest episode of Moon Knight.

"Did you have fun watching this movie?" Yes, I did.